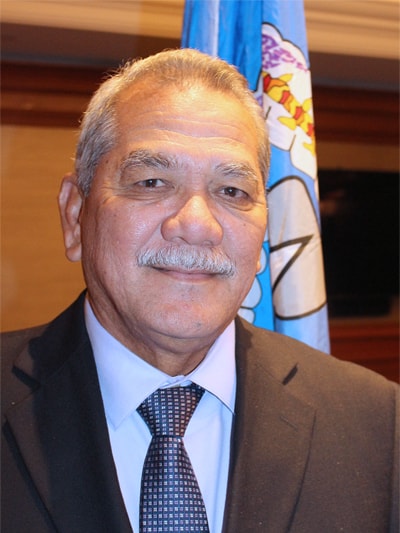 Edward Eladio Manibusan is an experienced lawyer and former judge. In addition to his busy practice, he currently serves as civilian aide to the Secretary of the Army, Department of the Army, Washington, D.C., and serves as the chairman of the Judicial Discipline Enforcement Special Court of Guam.

Ed has worked on many high profile matters and possesses a broad array of experience. He has handled regulatory issues, civil rights actions, fraud and abuse investigations, legislative review, and strategic counseling. As a former head of the Department of Public Safety, he was trained in Quantico, Va., at the FBI academy, and has special insight into the relationship between the Department of Public Safety and the Attorney General’s Office.

As a former judge of the Superior Court; former justice pro tem of the CNMI Supreme Court and Supreme Court of Guam; and former US District Court judge designate, Ed understands the judicial process, and the role of the prosecutor. His training has included the National Judicial College and the National College of District Attorneys.

When he served as chairman of the Youth Advisory Council, Office of the Governor from 2006 – 2010, Ed worked to implement federal funding for criminal justice youth programs. He reviewed projects including youth community centers where kids could come after school to study, afterschool programs, and youth basketball programs.

Ed has been happily married for 33 years to Del, and has three children and three grandchildren. He has served as pro bono legal counsel to the Diocese of Chalan Kanoa from 2004 to the present. Among some of his other community activities, he is the founder and president of the Northern Marianas Junior Golf League, and served on the Board of Directors of Mount Carmel School for many years.