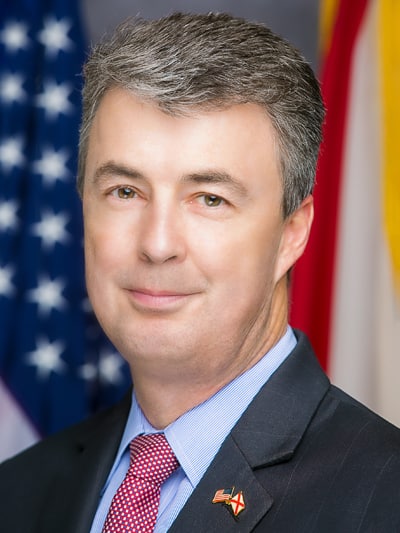 Steve Marshall became the 48th Attorney General of Alabama on February 10, 2017. He is a native of Atmore and graduated from the University of North Carolina at Chapel Hill in 1987 and the University of Alabama School of Law in 1990. He served Marshall County as District Attorney from 2001 until 2017. When he was sworn in at age 36, he became the second youngest District Attorney in Alabama.

He also played a major role in the Brody Act, which holds criminals who kill or injure a mother’s unborn baby accountable for two crimes – one against the mother and one against the baby. He was a strong supporter of the Marshall County Coalition Against Domestic Violence and successfully pushed for passage of Kelley’s Law, which makes it a capital crime to murder someone who has a protective order against the offender. The law was named for a Marshall County resident who was murdered in a domestic violence incident.

AG Marshall has also served as chairman of the Alabama Criminal Justice Information System (ACJIC), and he is a member of the Alabama Sentencing Commission.

He has one daughter, Faith. He is a member of LifePoint Church in Albertville.