This summer, NAAG’s Center for International Partnership’s and Strategic Collaboration (CIPS-C) facilitated a training program for an international team of investigators on how to conduct forensic interviews with children. Evidence from children is critical in cases involving child abuse, human trafficking, and, in the international context, crimes against humanity and war crimes. Unfortunately, aggressive and leading questioning by investigators has sometimes called into question the veracity of statements collected from children. A poorly conducted interview can exacerbate a child’s trauma and hinder the prosecution of crimes against children. To avoid this, child forensic interviewers use research-based interview techniques to balance the several interests involved: obtaining full disclosure of a victim’s experiences, preserving the integrity of victim’s testimony, and maintaining a child’s emotional stability. Understanding the child forensic interview is important to both state civil attorneys and prosecutors who work closely with child victims, because it allows them to better coordinate with interviewers and ensure that children’s evidence can be used effectively.

The development of Child Forensic Interviewing techniques in the United States was motivated in part by several controversial and sensational cases involving child witnesses. These cases, associated with allegations of child sexual abuse in day care settings during the late 1980s and early 1990s, include the McMartin preschool trial (1987-90)1 and State of New Jersey v. Margaret Kelly Michaels (1993).2 Both cases involved allegations of child sexual abuse in day care centers, where a large number of children testified in contradictory and confusing ways. The children at these day cares were interviewed multiple times by parents and different investigators using unreliable and often coercive techniques. In both cases, the testimony of the children at the day cares was often bizarre and was eventually discredited. High-profile cases such as these cast doubt on the ability of children to give truthful testimony in an investigation.

Child psychologists examined interviews from these trials as part of their research into Child Forensic Interviews.3 They demonstrated that children’s testimony is not inherently unreliable. Rather, the interviewers in these cases had used techniques which suggested to the children a particular answer, and tainted the testimony with their manner of questioning. Some of the coercive techniques included reinforcing answers they wanted to hear, repeating questions when the child didn’t produce desired statements, inviting speculation on the part of the child, and introducing new information and statements from other witnesses to the child during the interview. Since children are more suggestible than adults when being questioned, they were strongly influenced by their interviewers, and coerced into providing unreliable information.

Spurred on by this research, and informed by research into Cognitive Interviews, the National Institute of Child Health and Human Development (NICHD) developed its protocol for child forensic interviews during the late 90s.4 NICHD researchers took into account developmental differences in adults and children. The interview protocol they developed emphasizes open-ended questions that do not predispose children to answering in a certain way, and allowing children to take the lead in telling their story. The NICHD protocol was translated and adopted in numerous countries around the world, and it now informs the Child Interview Protocol used by various institutions, from the National Children’s Advocacy Center to the Federal Bureau of Investigations. It is continuously revised and updated to reflect advances in the science of forensic interviewing.

The various interview protocols designed by Child Advocacy Centers, law enforcement, and other entities all incorporate several key elements. 5 These elements encourage the child to be comfortable with providing information to interviewers while maintaining the integrity of the child’s statement by not introducing the thoughts of the interviewer. These elements include:

Interviews may be adapted according to the age and situation of the specific child, and the resources available to the investigative team.

Historically, child victims were subject to numerous encounters and information-gathering sessions with doctors, therapists, law enforcement officers, forensic interviewers, and prosecutors. These encounters could often be emotionally draining and difficult for the child. Most major American cities now have Child Advocacy Centers that bring professionals together to make the process less burdensome. Regardless of the resources available in a particular city or county, those working on cases involving children should coordinate between interviewers, therapists, prosecutors, and other professionals to ensure a team can provide support during and after the interview.

The interview environment can have an enormous effect on the ability of children to provide information. Child Advocacy Centers often have designated spaces for forensic interviews. However, it may be necessary to conduct the interview somewhere else if those resources are not available. Interviews should be conducted in a private, comfortable space with minimal interruptions or distractions. Closed-circuit cameras or two-way mirrors provide a way for other members of the investigative team to witness the interview and provide input during breaks. A child is sometimes provided drawing materials or small toys to occupy them between bouts of questioning, but the child’s attention should not be diverted too much from the interview.

Rapport Building and Conduct During the Interview

Interviewers are typically encouraged to introduce themselves and establish a rapport with the child before directly seeking statements about crimes committed against them. This serves multiple purposes: it helps the child feel comfortable discussing difficult topics with the interviewer, it helps the interviewer better understand the child’s unique background and expressions, and it establishes the form that the interview will take—not of an interviewer asking a series of detailed questions and encourage the child to speculate, but rather a chance for the child to talk without interruption and provide a narrative account of particular events.

Instructions and a Practice Phase

After the introduction and before the interview, investigators typically give specific instructions to the child about the way they answer questions during the interview. Children are instructed only to discuss events that are real and true, not to guess the answer to any question, to tell the interviewer if they do not understand a question, and to correct the interviewer if they say something that is not true. Interviewers can emphasize that they are there to listen to the children and understand exactly what happened. Because children are used to listening to adults speak rather than being the source of information, it may be difficult for them to feel comfortable correcting or speaking at length to someone they see as an authority figure. To help them become more comfortable, interviewers should practice with children during the instructions.

Interviewers should prioritize asking narrative, open-ended questions that allow a child to express the details of an event in their own words. As the child shares more details, the interviewer may ask for descriptions of the details of an event. Specific questions seeking answers to the “who,” “what,” “when,” “where,” and “how” of an event are highly relevant, but such questions should only be asked after listening to a child’s story. Questions should be framed in a way that the child understands they should not speculate and that they may answer that they do not know.

Although interviewers should avoid expressing emotional reactions to the statements of a child, they should be sensitive to signs of distress, frustration, or trauma, and allow breaks when the child needs them. Coordinating with the child’s psychologist or therapist may help the interviewer to understand the emotional reactions and needs of a particular child. Due to the potential need for breaks, ample time should be allowed for an interview. Sometimes multiple interviews may be required.

Because forensic interviews can be a difficult experience for those involved, interviewers should transition to a neutral topic at the end of the interview to avoid leaving the child in a state of distress. They may bring up hobbies or events discussed with the child during the rapport-building phase, or ask about non-offending family members if their situation is stable. This will allow the child to feel emotionally stabilized after the interviews as they return to a parent or guardian or other professional.

There are many types of crimes that children may be interviewed about. Child victims of physical and sexual abuse are commonly interviewed during prosecution of their abusers. Children may also be interviewed as witnesses to the abuse of others close to them. Children, and adults who were victimized as children, are often key witnesses in cases involving human trafficking. In unstable countries and regions of the world, children are often the victims of crimes against humanity, including war crimes, forced marriage, enlistment of child soldiers, and forced labor. Victims of these crimes may seek refuge in the United States and other developed countries, where international governing bodies continue to gather evidence of crimes through forensic interviews. In order to facilitate the gathering of evidence, investigators should be prepared to adapt their approach to a child’s unique culture and experiences.

In many cases, a child victim may be concerned about being held responsible for crimes committed against them. In foreign jurisdictions, children who were pressed into forced labor or recruitment as child soldiers have sometimes been punished as adults by their country’s judicial system. Even in the United States, not every state guarantees protection from prosecution for victims of human trafficking.6 As a result, some witnesses may be reticent to share information with authorities. Unfortunately, investigators may not be able to ensure the legal protection of witnesses. Increased government protection of child victims will facilitate access to information.

Interviews with children can provide key evidence in both domestic and international criminal investigations. Properly conducted child forensic interviews allow investigators to obtain credible statements from child victims that will hold up in court. Obtaining reliable testimony from children involves effective coordination, helping the child feel comfortable, giving proper instructions to the child, using open-ended questions, and providing appropriate emotional support. As state attorneys and prosecutors understand the issues surrounding children’s statements and the process used to obtain them, they will be more effective at coordinating with investigators and using children’s testimony persuasively. 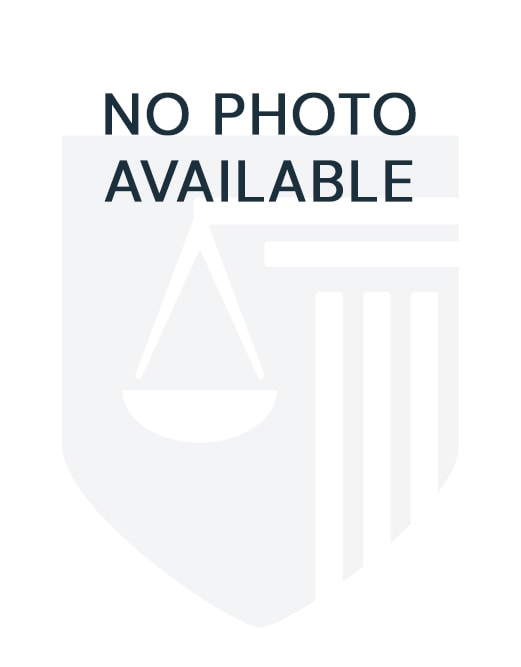